Let me start off by saying that I am a big fan of Dropbox, I love its simplicity and their API is great to work with. But lately I have been thinking about switching to SkyDrive as the experience on Windows platforms are so much better. For me to be saying that is a pretty big deal as I use Dropbox for everything and have put so many hours into Dropbox related projects. However if they just put a bit more effort into the Windows RT app it would be very functional.

How do you even upload a file with the Windows RT app? The short answer is: You can't. The long answer is: using the file picker you can save files to Dropbox.

Here is an example for you. I take a screenshot on my Surface RT, it automatically gets saved to the Screenshots folder under the Pictures library. Now opening that with the built in Photos app there is no option to save. You can Share it but not to the Dropbox app. From there I can open it in a photo editing app, say "Enhance", make no change to the image and hit save as which will bring up the file picker where I can select Dropbox.

Have does Skydrive do this better? Simple, they have an upload button in the app that lets you select a file and uploads it to the folder you are currently viewing. SkyDrive also is a Share target so from the photos app you can invoke the share charm and select Skydrive from the list.

So I decided to dig into the Dropbox Windows Store app installed on my my PC to find it was WinJS and the code was not obfuscated or minified at all.
I fired up a new project and added in all the code from the Dropbox app, sweet it works! Then I started to implement an upload button and about an hour later I had a working upload button using the built in file picker and the same file upload function already in the app. 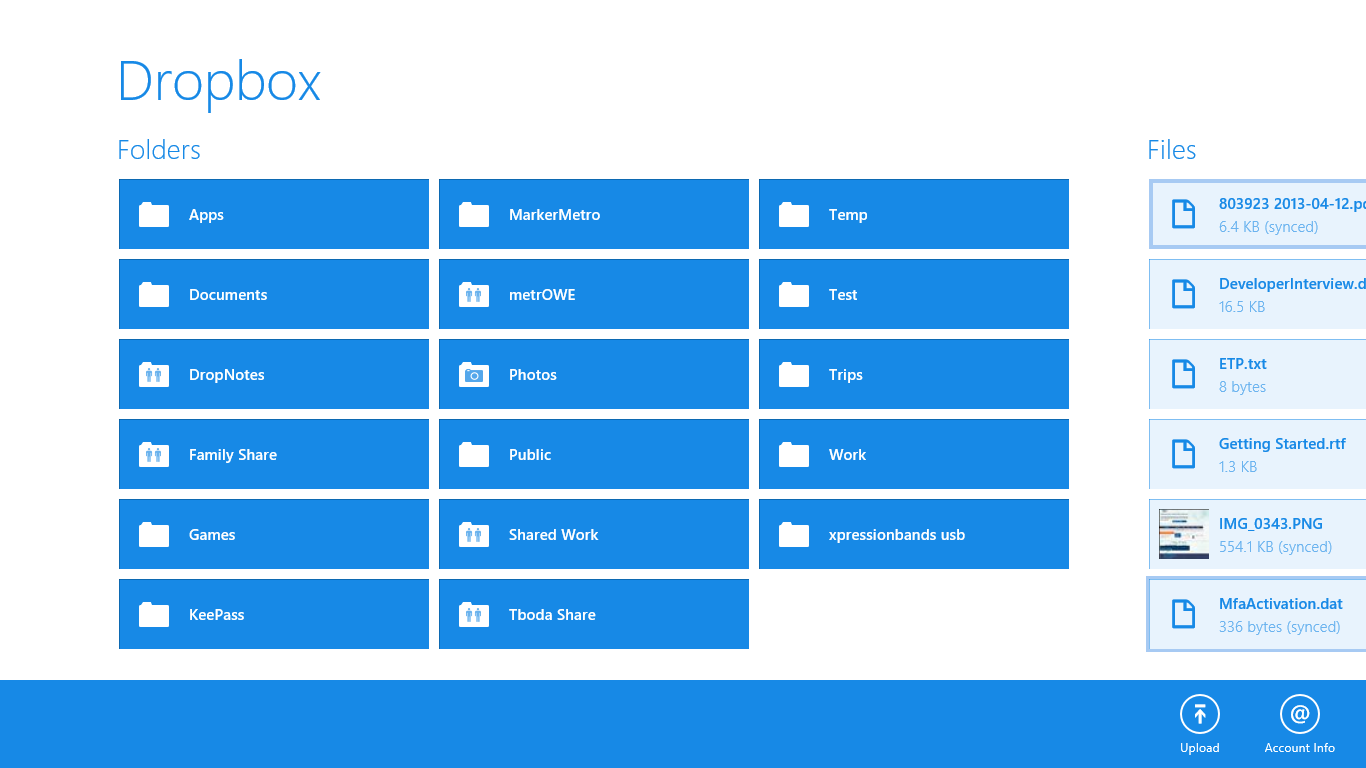 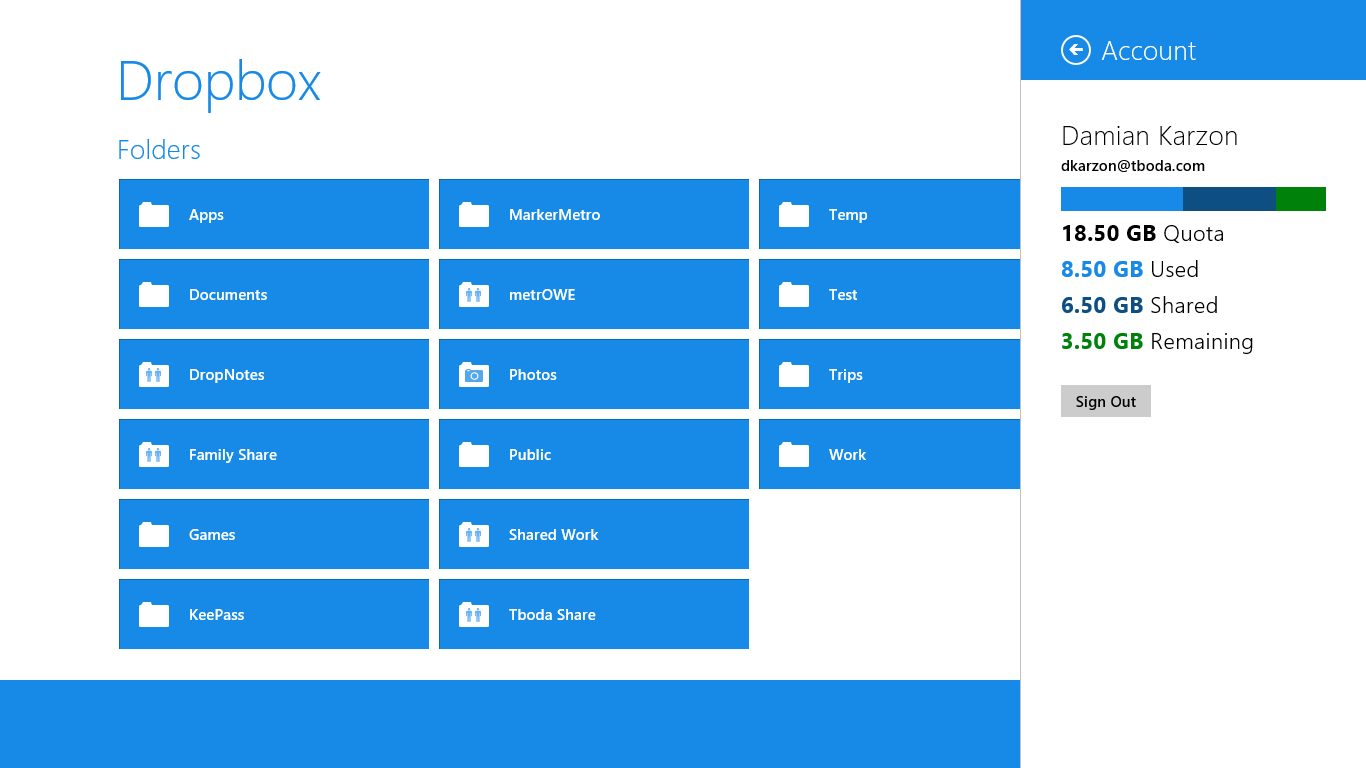 I added an appbar button to upload a file, easy. Then I couldn't see my quota info anywhere so I added it to the account flyout, though this would be much better suited in the top right corner with some user info (similar style to a lot of other apps, such as SkyDrive).

What to do now? For obvious reasons I wont be submitting this to the store nor will I be releasing the code online. However I would like to be able to submit it to Dropbox in the hopes of them updating their app.

I would also like to get your thoughts on the Dropbox app, maybe some other ways of improving it?